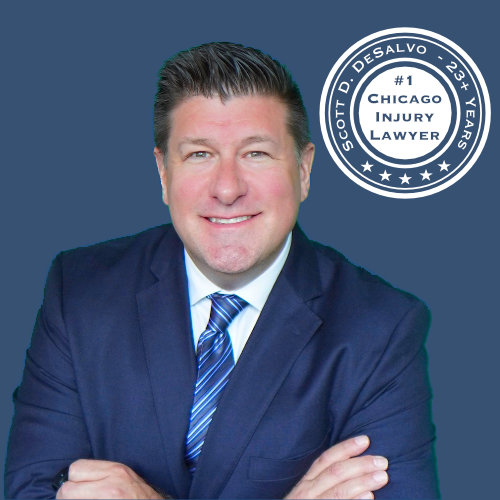 Hurt On the CTA?

Thinking About A CTA Accident Lawyer?

CTA Bus crash? Reports show that you are not alone and that there are a lot of reasons for CTA bus crashes that CTA should be working harder to fix. But they do not.

According to records and interviews conducted by the Chicago Sun-Times newspaper, there have been 5 people killed and over 1000 injured in a CTA bus crash.

That is only from a CTA bus crash, not all the other ways people can be hurt on the CTA. Like being hurt on a train, for example. And these are just the ones which have been reported.   These crashes have cost taxpayers over $16 million dollars over the same 2-year period.

You see, the CTA only has to report the crash to the Federal government if there is a death, a hospital trip, or property damage of more than $25,000.00. These figures do not even factor in how many minor injuries have occurred that were not required to be reported.

I’ll be honest: I am often a critic of the Sun-Times because their paper is often fluff. But in this case, their investigation is a good service to the people of the City of Chicago and anyone who rides the CTA.

In the last 2 years, more than half of the injured people were passengers of the CTA. They were hurt by negligent driving by a CTA bus driver.

The remaining injured people were the bus drivers themselves (around 250); other drivers (about 200); and pedestrians (55) and bicyclists (20).

That is a lot of people being injured in a lot of different ways. Of course, speaking with a lawyer who is in possession of the actual details of the case is the only way to really know whether you have a chance at recovery in any kind of injury case.

That includes when you got hurt on the CTA. I am going to explain a little about the injury claims process that the Chicago Transit Authority has.

You see, CTA bus drivers, train operators and even supervisors who are called to the scene of a crash or an injury will often give you a claims number. This is so that you can call the CTA and open an injury claim. I have been an injury lawyer for almost 20 years.

Do you know how many times I have heard of an injured person actually being paid anything for their injuries or getting the medical bills paid by making an injury claim through the CTA? Never. Not once in almost 20 years.

Try out my FREE "Case Settlement Calculator".  In 15 seconds or less you can have an idea of what your injury case might be worth.

Check it out below!

I think that the CTA claims process is false. It is a farce.

It is designed to get injured people to give the CTA information about you, your injuries and your medical treatment. They do this NOT to evaluate your claim for purposes of settling.

Instead, they do it, I believe, SOLELY for the purpose of finding weaknesses in your case. They hand out witness cards to other people on the bus. However, they do it to find a way to contest your injury case.

CTA lawyers will ask to take a recorded statement from you. But it is mainly to figure out a way to poke holes in your case and get you to say things that you do not even realize hurt your case.

That’s why talking to a lawyer who knows what to do when you get hurt on the CTA is the key to improving your chances to win fair compensation for your injuries.

They have lawyers and you deserve the advice of a lawyer, too. Why should they get legal advice and you have to go in ‘blind,’ not knowing what they are really doing? Consult with a lawyer and level the playing field.

Every case is different and there are wrinkles to the facts of your case that make it somewhat unique. One simple fact and knowing how to mitigate it if it is a bad one can mean the difference between a good outcome or having your case thrown out of Court.

We deserve to be warned of the dangers of riding the CTA and the preventable injuries that its negligence causes. If you want to learn more, you can read more about the article here.

What Should YOU Do If Hurt In A CTA Bus Crash? The first thing you should do is assess yourself. Are you in pain? Can you walk or move? If you are able, ask for help or assist others who are hurt.

Next, make sure that the CTA bus driver calls in the crash and makes a report.

I have talked to many people who get hurt on the CTA and sometimes, bus drivers do not want to make a report. Then, the CTA can later claim that the injury never happened. Make sure to report it and make sure CTA does a report of injury as well.

The third thing you have to do is see a doctor right away. You do not want to wait weeks or months and there are two reasons for that. First, there are no medical injuries that get better faster without medical care.

You may think your problem is a minor sprain, but it may be something more serious. Second, delays in medical treatment make Juries suspicious that you were not really hurt. When in doubt, go get checked out.

But obviously, if you are okay and in no pain and no pain develops in the days or weeks ahead, do not go to the doctor for no reason. Another thing to think about is whether you know anyone who saw the CTA bus crash or whether you can get photos of the scene.

These days, almost everyone carries a cell phone that is capable of taking really good photos.   I know it is hard to think to do that, but it is important. Finally, DO NOT try to handle the case yourself. Years ago, the CTA would occasionally settle cases.

That has more or less disappeared. They now only settle slam dunk cases and they are experts at interviewing unrepresented injured people and poking holes in their case.

Are There Differences In CTA Bus Crash Cases? The answer to that question is “Yes”. Of course, the basics of a crash that happened on the roads of Chicago are the same whether we are talking about a car crash or an injury on the CTA.

But there are differences. The first is that there is a ONE YEAR STATUTE OF LIMITATIONS. That means that you have one year from the date of your crash to file a lawsuit. This confuses some people because most injury cases involve a 2-year deadline.

Since the CTA is a part of the City of Chicago, it benefits from the one-year deadline which most municipalities enjoy. Miss the date and your case is over. Another thing to keep in mind is that having a clear diagnosis from your doctor for an injury that is clearly related to the crash makes the case easier to settle.This will give us fewer problems if we have to take the CTA to trial to win your case.

Believe it or not, I have several clients where the Hospital or the follow-up doctor makes medical notes in the patient’s medical records and it described how the injury occurred incorrectly.

For example, I represented a lady who had a car accident and was taken to the Emergency Room by ambulance. However, the ER nurse wrote down that my client hurt her knee in a fall.

Obviously, that was wrong, but Defendants in these cases will try to confuse the Jury and defend that case however they can. It isn’t always honest or fair. Their job is to save money and they have to give you nothing and defeat your claim to do that. And believe me, they will.

That’s why I believe that the most important thing any injured person could do is hire an experienced lawyer for CTA injury. One who is also courteous and easy to talk to. Sometimes, these cases go on for many years and it is a mistake to hire a mean lawyer who acts like you are bothering him when you have a question.

As much as it is unpleasant to think about calling a lawyer, not all lawyers are jerks. Many of us a very nice people and will spend some time with you on the telephone so you can explain what happened and what your concerns are.

If you have a lawyer who is a jerk, say goodbye and call another one. Find a lawyer who is courteous and knowledgeable about how to handle such cases. That’s why most good injury lawyers offer a free consultation in person or over the telephone.

You can learn a lot from one of these free consultations. They cost you nothing, but what you might learn could win your case, or prevent you from losing it.

Like many injury lawyers, I offer a free consultation for anyone who got hurt in a cta bus crash through my telephone line as well. You can call 24 hours a day and every day of the year, so answers are just a call away whenever you want to call.